The vast majority of Epple’s oil paintings were painted before the War and few survived the war. These early paintings tended to be of traditional subjects, including still lives and houses with gardens, landscapes of blooming trees, Black Forrest houses and a few portraits, including one large portrait of his wife Gudrun, of his father Julius Epple and a painting of his children playing. After the War, Epple painted few oil paintings, devoting himself primarily to engravings, drawings and watercolors. Bemoaning the destruction of a hydrangea painting during the war, he created another oil painting of hydrangeas in the 1980s. 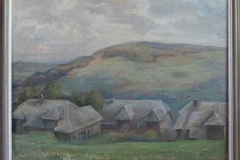 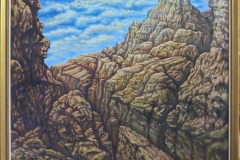 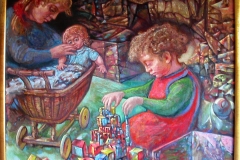 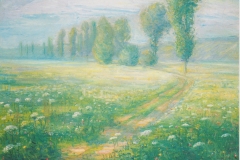 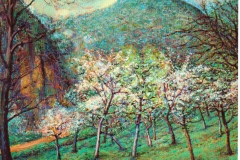 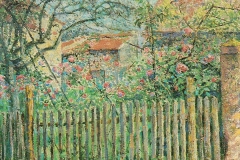 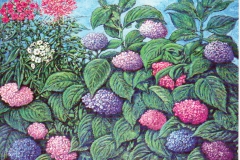 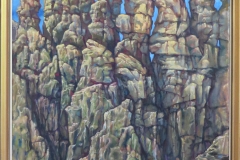 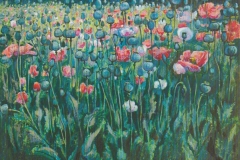 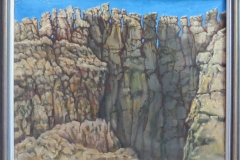 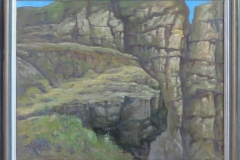 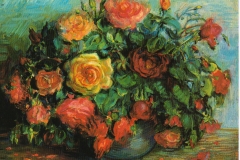